As part of its UK / ID Festival 2016 which ends on December 10, the UK’s international organization for cultural relations and educational opportunities, British Council Indonesia, is hosting the first Digital Design Weekend. The event is also inspired by the annual Digital Design Weekend event at the V&A Museum in London. Aiming to be the place of collaboration between British and Indonesian artists, this public event takes place November 19-20 at four locations in Kota Tua, West Jakarta: Historia CafÃ©, Aroma Nusantara, Kedai Pos and Batavia Market.

Under the themes of digital culture, sustainability, as well as the arts and disability, the artists encourage visitors to participate in their exhibition. One of the exhibits is a collaboration between the interdisciplinary community organization Lifepatch from Yogyakarta and the profitable Indonesian social enterprise MakeDoNia Littlebits Chapter. Title Plague Synthesizer (Pop-up Synth Party), visitors can create music from simple and existing materials.

One of their works is a classic 8-bit Mixtape. In the form of a cassette, it can be used as a music player, and can thus be directly connected to speakers or modified to create new sounds. â€œWe use SD card technology, so people could swap songs like mixtapes back then – but it’s digital,â€ Lifepatch Ade told The Jakarta post. “The songs are actually made from an algorithm, a formula can create 10 songs.” Those interested in electronic DIY, chiptune algorithmic sounds and music are encouraged to visit the booth at Kedai Pos.

Meanwhile, at Warung Reparasi (CafÃ© Repair), visitors are encouraged to repair their electronic waste with the help of London-based social enterprise The Restart Project and MakeDoNia in Indonesia. Visitors can bring their electronic waste, such as vacuum cleaners, rice cookers, smartphones and clocks, to be repaired here.

“One of the problems is that electronic objects are not designed to be repaired, they are designed to fail and then be replaced,” said James Diamond of The Restart Project who has repaired electronic waste for four years, adding that the repairing objects can be complicated.

â€œYou have to have the right tools, the right skills, a lot of people don’t have the confidence to try to fix things on their own or they don’t know where to get something fixed. So they buy a new one. James is also hoping that Indonesia will have groups that want to launch a similar initiative. Their stand is located at the Batavia market. 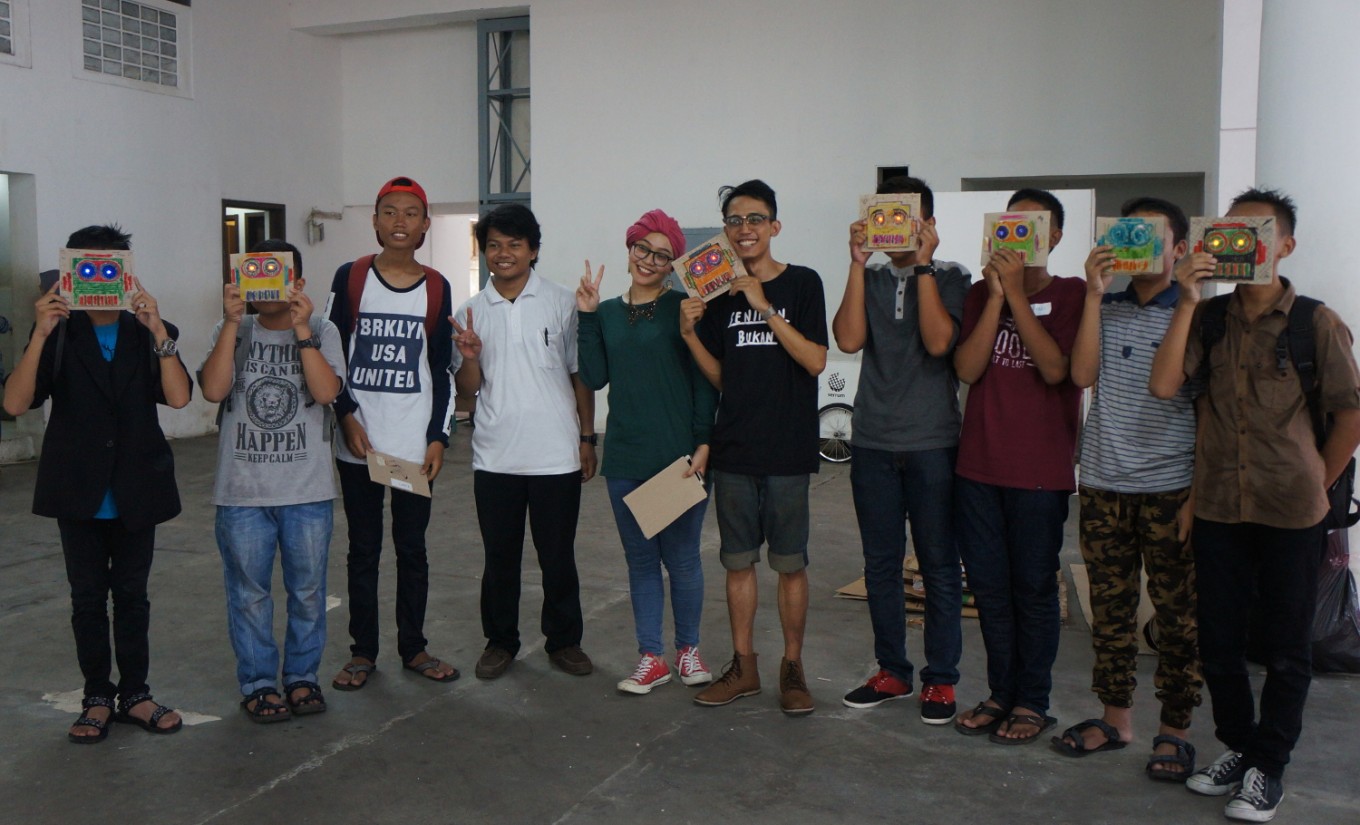 Visitors can also try out other participatory exhibitions. They can send a text message to be transformed into morse code in the sea in Can someone find me (Remix) x Return to sender at Historia CafÃ©, understand blindness by Notes on blindness Virtual Reality (VR) on the second floor of Historia CafÃ©, experience the true story of artist Jane Gauntlett, her friends, strangers, and her epilepsy through VR in In my shoes: dancing with myself at Kedai Pos, join the creative workshop with artist Kiswinar at Cardboard corner in Aroma Nusantara and explore aerial spatial mapping with a drone by Irendra Radjawali at Historia CafÃ©. 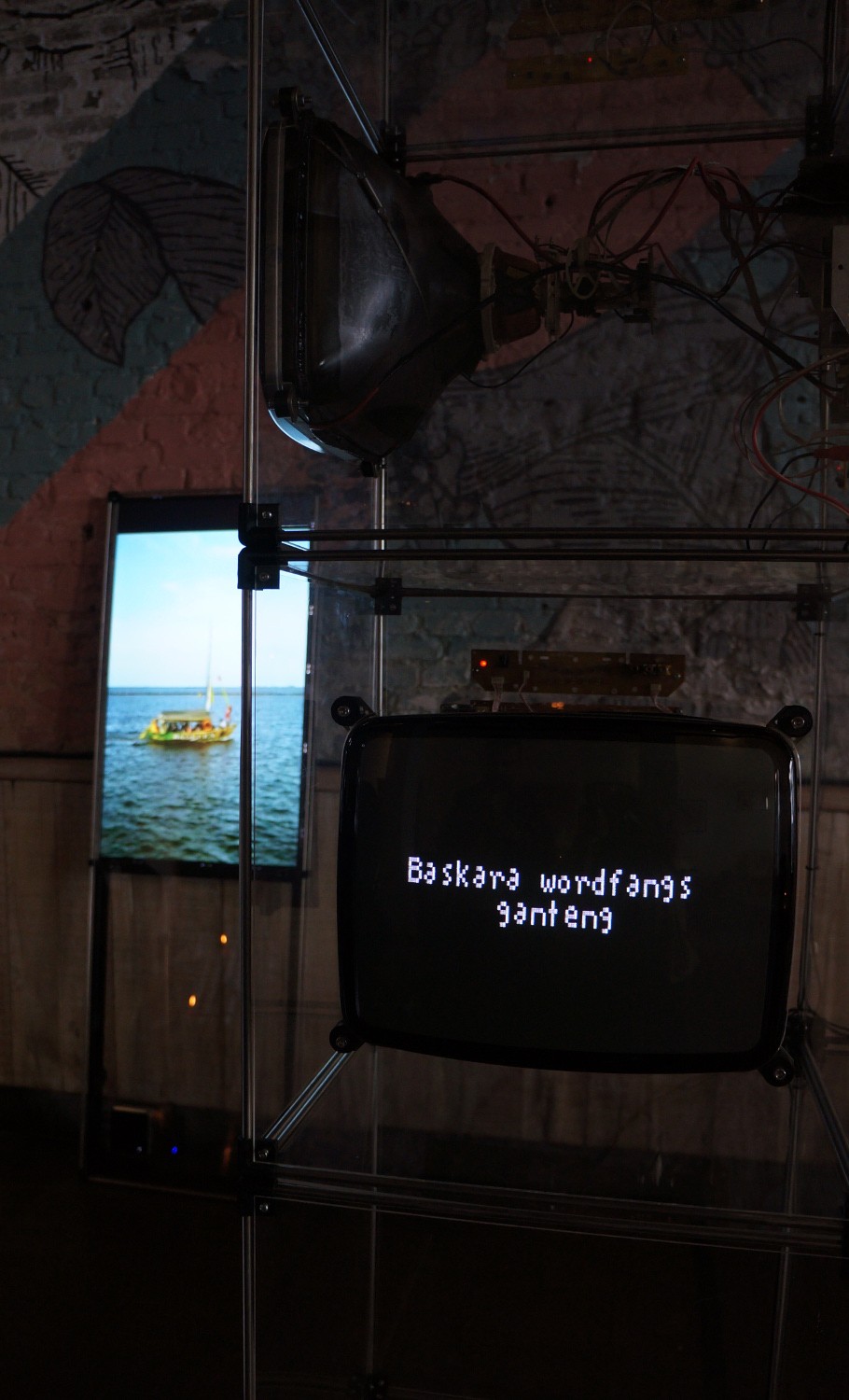 In Someone Come Find Me (Remix) x Return to Sender, visitors’ text message (right) is transformed into Morse code in the sea and it can be monitored (left). (JP / Ni Nyoman Wira)

British Council Director of Arts and Creative Industries Adam Pushkin said they are mainly looking for areas in which British and Indonesian artists, especially young contemporary artists, have similarities and the potential to work together. And they found that in the realm of digital culture.

â€œBut until a few months ago, they had no communication with each other, so our job is to help them come together to learn about each other’s work and help them work together,â€ he said. he declared, adding that there was no particular order. in which visitors should explore the exhibit. However, each artist has their own workshop time, so visitors are advised to read the brochure for information on times and location. (asw)