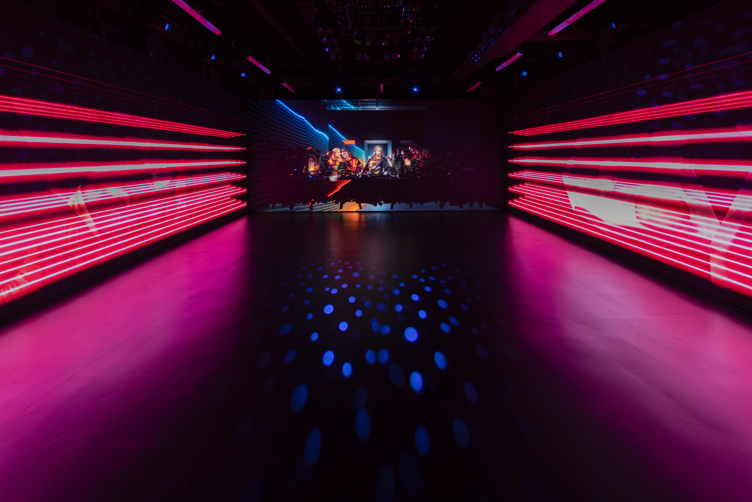 Their first digital artistic adventure is a unique 360 ​​degree gallery that delves into the works, studies and discoveries of Leonardo da Vinci as an architect, engineer, alchemist, artist, philosopher and sculptor:

Grand Salon: Chapters in the Life of the Genius – Guests enter an 8-meter-high four-walled theater where they travel to Renaissance Italy through the eyes of Leonardo da Vinci, as chapters of his life unfold during this 35-minute film. Each wall in the theater depicts a different visual perspective of the same story as the narrative progresses. Using advanced laser projection and transport sound, guests experience the engineering and architectural feats of Leonardo da Vinci as they take to the skies in his flying machine, stand in digitally constructed cathedrals through geometry and float through Tuscany on a parachute originally designed by the master himself. 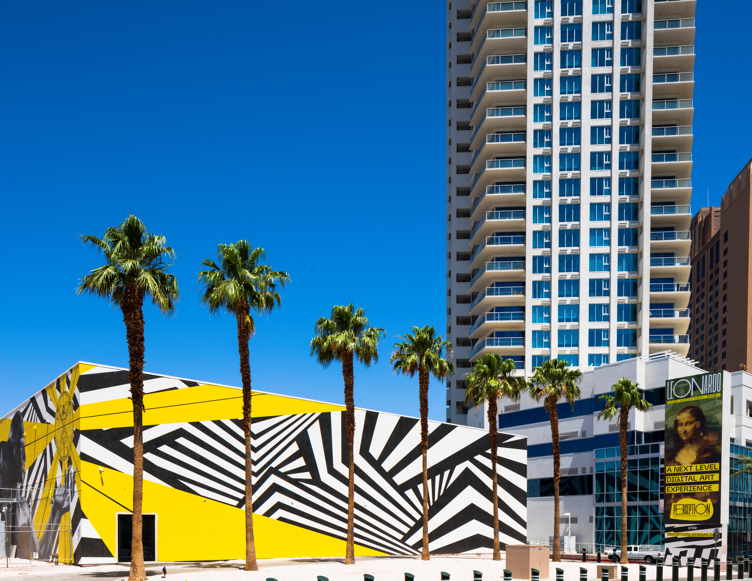 Painting with Light: The Last Supper – During their visual expedition, guests discover this new version of one of Leonardo da Vinci’s most legendary paintings during the Italian High Renaissance: The Last Supper. In a gallery with floor-to-ceiling surround-sound LED walls, one of the world’s most famous works of art comes to life through an explosion of light, color, shape and sound.

The Gallery: Mona Lisa’s Perception – In this gallery, guests are greeted by six versions of Lisa del Giocondo – better known to the world as Mona Lisa. Accompanied by an original musical score, Mona Lisa invites guests to experience da Vinci in the digital age as they each take on intriguing and entertaining forms of the most well-known, most-visited, most-sung about, and most popular image. most written in the art world. 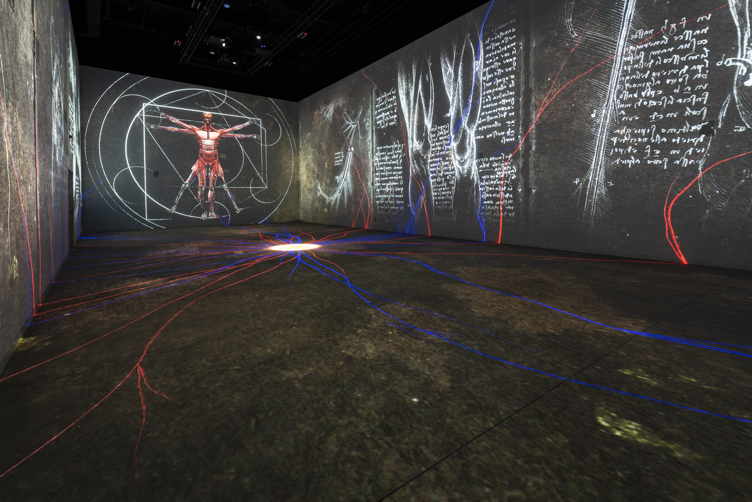 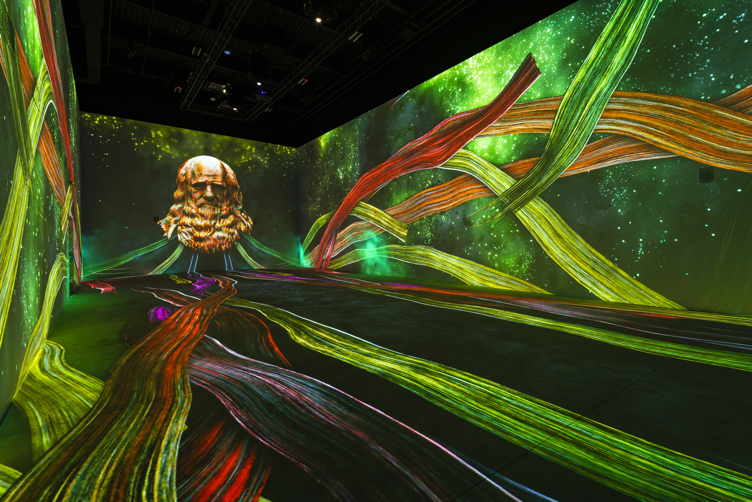