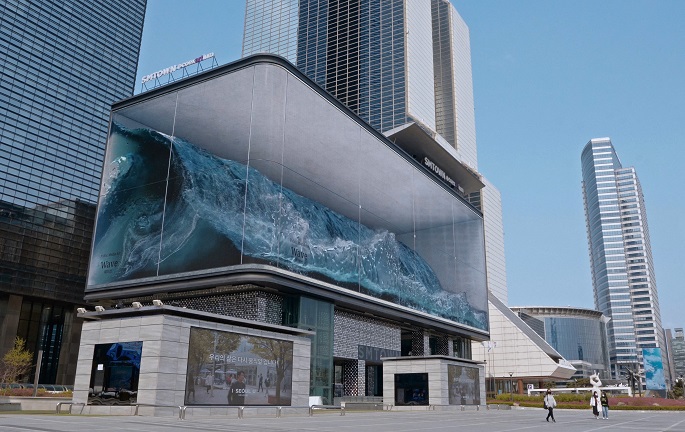 In this photo provided to Samsung Electronics Co. on September 14, 2020, a video art installation titled “Wave” by the local design company from strict is displayed on Samsung’s LED signage at COEX in Seoul.

As part of the partnership with d’strict, Samsung will provide new digital content for its LED signage products installed around the world, including those in famous landmarks such as Times Square in New York, the United States and the Cathedral. from Milan in Italy.

“Through the partnership with d’strict, Samsung’s digital signage can not only provide information, but can also serve as a media art platform,” said Ha Hyesung, senior vice president of visual display business. at Samsung.

Founded in 2004, d’strict is a renowned producer of digital media content, having won several international design awards. In May, the company presented a video art installation ocean waves on Samsung’s giant LED signage at COEX in Seoul.

According to the Omdia market research, Samsung was the number one brand in the global digital signage market last year with a share of 27.3%, maintaining its lead for 11 consecutive years since 2009.